Texts on infrastructure development in UNCITRAL started with the UNCITRAL Legal Guide on Drawing Up International Contracts for the Construction of Industrial Works (1987). The Guide is designed to be of use to persons involved in negotiating and drawing up international works contracts and is of particular benefit to purchasers from developing countries that find it difficult to acquire the necessary information and expertise required to draw up appropriate contracts, while seeking at the same time to take account of the legitimate interests of contractors. In 2000, UNCITRAL adopted the UNCITRAL Legislative Guide on Privately Financed Infrastructure Projects followed in 2003 by the UNCITRAL Model Legislative Provisions on Privately Financed Infrastructure Projects.

In 2015, at the request of the Commission, and in broad consultation with experts and relevant intergovernmental and non-governmental organizations, the Secretariat undertook a thorough revision of the texts on infrastructure development. It led to the adoption by the Commission in 2019 of the UNCITRAL Legislative Guide on Public-Private Partnerships and the UNCITRAL Model Legislative Provisions on Public-Private Partnerships. The Legislative Guide provides background information to enhance understanding of the legislative recommendations, and the Model Legislative Provisions deal with matters that are important to address in legislation specifically concerned with public-private partnerships (PPPs). The Legislative Guide and the Model Legislative Provisions cover the main matters that are relevant for the establishment of a favorable legal framework for PPPs. Such matters are notably (a) the project planning and preparation, including an economy and efficiency test but also a fiscal, social and environmental assessment of the project, (b) the administrative coordination and the scope of authority to enter into PPPs, (c) the contract award, based on the request for proposal with dialogue contained in UNCITRAL Model Law on Public Procurement, and (d) the content of the PPP contract and its duration, extension or termination as well as the settlement of disputes. The Legislative Guide also discusses other areas of law that may have an impact on PPPs, such as intellectual property, environment, security interests, competition and consumer protection. 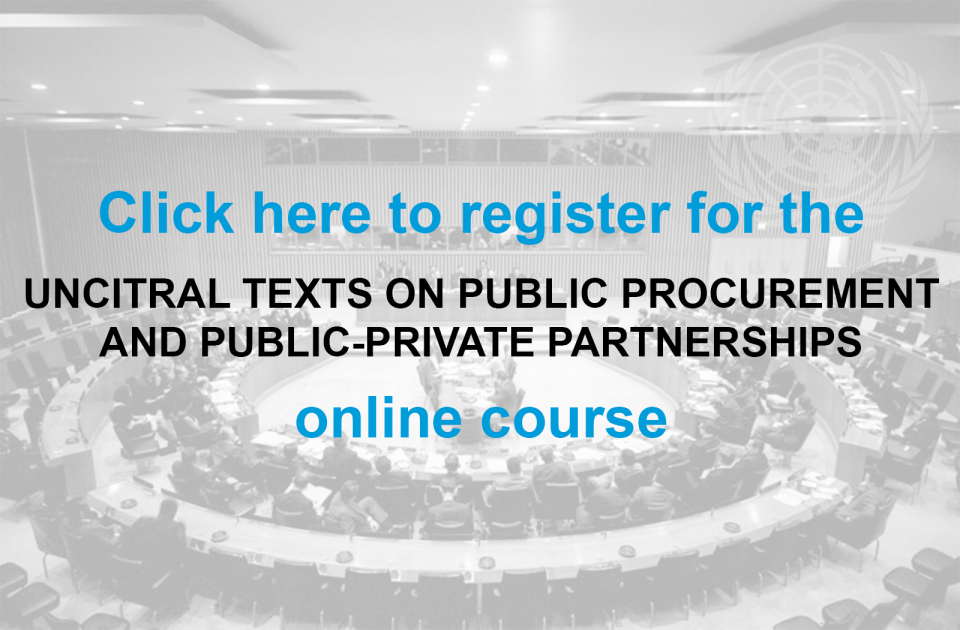